I’m going to warn you that I totally cheated here.  I started this post a month ago.  I told myself I’d never back-publish something, but I did it tonight.  Here’s to posting something in September when it’s already October!  🙂  Dear readers, I appreciate your grace in advance… 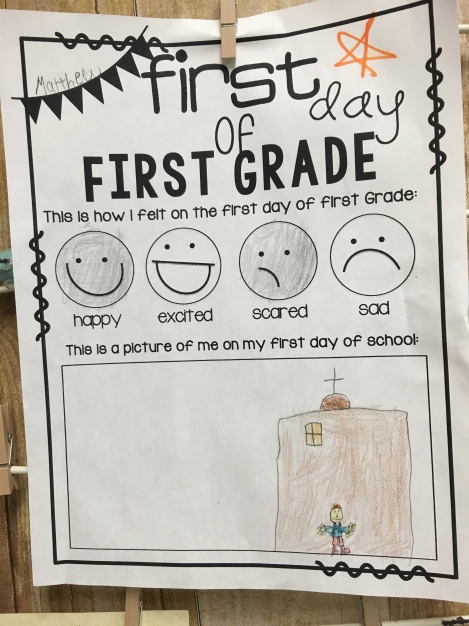 This week school has started and my oldest is in first grade and my baby just started kindergarten.  For both kids a questionnaire was sent home the first day and due back that Friday.  Matthew and Lindsay both grinned and giggled as they told me they didn’t have homework, but they brought some home for Mom!  With too much pleasure they each pulled out a different colored paper from their backpacks, shoved them at me and ran to go meet their friends outside.

After skimming both papers I quickly saw they were identical.  Some questions seemed relatively simple: What is your child good at?  What does your child struggle with?  While others I knew I’d have to think about what to say or rather, how to say it, such as: How does your child respond to authority?  (Hmmm…depends on who the authority is…Is a “He responds well to anyone other Mom” an appropriate answer?)  Knowing I wouldn’t have enough time to complete both forms then, I set them aside and made dinner while thinking about how differently I would be filling them out for each child.

When I finally had a chance to sit down and complete the questionnaires it was over a week later on a Thursday night, and I rushed through them much like I had told my kids not to do with their own homework an hour earlier.  In some places I found myself running out of space and worried that the teacher would think I wrote too much.  Geeze, I wouldn’t want to be seen as that helicopter parent.  Then in other places I stared, reread the question, stared, and put something half-hearted because I was stumped on exactly what to write.  Like, is she a good listener all the time?  She likes listening to stories.  She doesn’t always listen the first time to directions though.  She never got in trouble for listening in preschool.  I’m sure they mean in school.  Listening at home doesn’t count.  Anyway, I can’t have her start out on the wrong foot.  Or, what responsibilities does he have at home?  What does that mean?  At six years old I’m proud that he dresses himself, gets up with an alarm and brushes his teeth.  Should he be taking out the trash and doing dishes?  Is she gonna think I’m too easy on him?  Eventually those two papers found their way into each child’s backpack and I dragged myself up the stairs to bed just thankful to be done arguing with myself.

The next day though, I began reevaluating the answers I had written on each paper.  Anxiety began to fill me as I wondered, “Did I fill those out right?  Did I tell their teacher enough?  What did I leave out?”  I berated myself for rushing through something that could give their teachers more insight on how they think and feel.  And then tremendous guilt.  Who rushes through something so important?  Who

And so, here I am.  Everyone else is asleep and I’m going to relieve my stress by writing what I meant to say.  I know I’m not the only parent that longs for her children to be recognized and known by their teacher, but I’m also hoping I’m not the only dork that overreacts and overanalyzes things like simple, “Getting to Know Your Child” questionnaires… 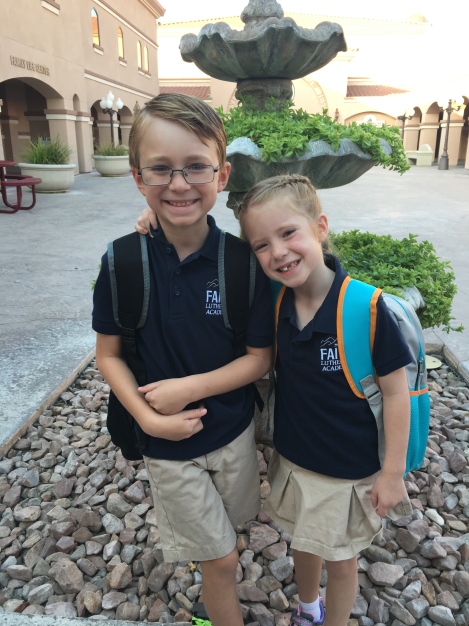 This week you are meeting my child for the first time.  I know you are overwhelmed with remembering 25 children’s first names and last names along with whether they eat hot lunch or cold lunch, who picks them up from school, which allergies they have, how many siblings they have and whose classes they are in, along with the daily schedule and which special you’re taking them to today.  I’m sure not every lesson plan has been written yet and you’re thinking about which copies you already have and which ones still need to be made.  I know you have countless meetings to attend and emails to respond to from parents already concerned about the lack of an in class snack time, or that lunch is too short, or the pick-up schedule.  I know, because I’ve been there too.  In fact, I’m right there with you.

But this time, I’m not writing as a colleague, I’m writing as a parent.  You see, I know that the students in your class will learn something this year.  I know that you take your job seriously and that you spend many unpaid hours perfecting your teaching strategies, making sure that bulletin board is just so, typing PowerPoints, logging into digital portfolios, and collaborating with colleagues, among other things.  At this point in the year though, I will pray that despite being overwhelmed with all of those items on your to-do list that you are able to stop and take time for special moments with your students.

This week you are meeting my child.  My little person that I love, care for, and adore like nobody else can and I’m convinced (as I’m sure every other mother is) no one else ever will.  I’m watching my child enter your realm and I’m praying that you’ll see in him or her a glimpse of what I see.

Matthew is curious about everything and therefore crazy inquisitive.  He wants to know everything about dinosaurs and animals.  He asks daily questions like, “Who would win in a fight if it were stegosaurus or allosaurus?”  He wants to know why certain things work the way they do and what would happen in various hypothetical scenarios.  I want you to know he is brilliant.  I want to tell you about the time he did a bunch of math in his head just because he was wondering how much I would be paying my babysitter an hour so he knew exactly how much I would be taking out of the ATM.  I want to tell you he’s sensitive.  He’ll love you and want to please you, but if you say something careless he’ll take it to heart and hold on to that criticism without knowing you were just trying to encourage him to do his best.  Matthew will believe every word you say.  He doesn’t believe he is smart.   He is desperately in need of positive affirmation as he is always comparing himself to the other “smarter” kids in his class.  I want you to know that he’s rambunctious and totally loves to wrestle and have his hands on other boys, but he carries his sister’s backpack for her everyday when she says it’s too heavy.  He is goofy and  loves to joke and clown around, but he has terrible stage fright.  Last year he wouldn’t speak in front of the class at the beginning and the day his class was supposed to give a performance he said, “Mom, I think it’s a good day to just stay home and get some rest.”   He is kind, he is thoughtful, he is all boy.

Lindsay is bubbly and happy.  She makes friends wherever she goes.  Last year in preschool we had to teach her that not everyone likes to be hugged.  She loves to draw and create.  This summer she spent an entire hour sitting at the table drawing and cutting and taping a costume that she could wear outside.  She makes up songs and dances, and (much to my dismay) she’ll watch a music video on repeat until she’s memorized the words so she can sing along.  (And by that time we all know the words with her, but we all hate the song!)  She is a little mother, which means she’ll care for all those smaller than her, but she’ll also insist that they do what she says.  Yes she’s been called manipulative, but don’t all great leaders have to be?  Lindsay will listen to a story on the edge of her seat.  While you’re reading, as the narrator or a a character, and you ask a rhetorical question, she will answer it.  She gasps and giggles and comments at all the right moments which makes her the perfect audience to read aloud to.  It might be hard in a class setting because she’ll be interrupting the story, but let me tell you at home, it just makes it that much more fun.  Lindsay loves to help in the kitchen.  She loves to make French toast on Saturday mornings and cream-filled cupcakes for birthdays.  “I’m a great helper, huh Mom?”  she’ll ask.  She has an older brother and the neighborhood kids are all boys.  She’s been told to be tough, and she is.  When she falls and scrapes her knee she’ll wince, but she won’t cry, because, “I’m tough, huh Mom?”  At the same time she loves to put on a dress and twirl.  She already likes to put on lipstick and teeter in high heels.  She is beautiful inside and out.

All text and photographs are copyright protected and are property of the author unless otherwise noted. Please do not use my images or poems without prior permission. If you want to republish a recipe please re-write the recipe in your own words or link-back to this post for the recipe.
Join 94 other followers

One response to “Dear Teacher,”