I’ve never made monkey bread or pull-apart bread before. I’m not sure why, because I’ve had it a ton, it’s just someone else has always made it and then shared. I could always count on one teacher at school to bring monkey bread on the mornings before her devotion. Thanks Mrs. Raymond!

This morning my family was outside working together to rake up the fall leaves. It turned out to be quite the undertaking. As in, it took us five hours to get most of the leaves picked up, but naturally there are still some stragglers.  The new house we’re in has the largest yard we’ve ever had, which I absolutely love, but it’s also proved to be a ton of work! This summer I was surprised to see that we are one of the few lots in the neighborhood that has aspen trees on it while everyone else’s lots are limited to pine trees. I realized these last couple weeks that it’s actually pretty brilliant on their part. While we are raking and scooping and bagging, everyone else has leaf free yards without any hassle.  Or I should say, most of their yards are leaf-free not counting the leaves that have blown from our yard into theirs. 😬🤭 Eeek! And because we don’t want our new neighbors to hate us, we did our best to remedy that today.

The kids wanted to get a head start on raking while I was baking and Michael was in town getting supplies. Basically this means that they each grabbed a rake and made 27 different small piles all over the front yard.  By the time Michael and I got out there we had to go back and do everything all over again. Luckily Mike had thought to buy a leaf blower/vacuum in addition to paper bags. Being from the desert, when he got back with this giant leaf eating device I was super impressed that he thought of such a thing. Later he asked, “Isn’t this a fun way to spend the day? We are outside and raking leaves in beautiful weather. It just feels like fall.” Sometimes he is just the world’s most positive thinker. I admit I didn’t share his enthusiasm. I responded with, “I’m raking everything up and all you have to do is suck up the piles of leaves I put together. My arms hurt already. You’re having fun because I’m doing all the work.” I’m such a loving wife who never compares. Eye-roll.

“Oh well, do you wanna switch?” he held the blower in my direction which was shocking because I’d expected him to say that it would be too hard for me to work, or it was tricky, or you know, something other than, here ya go.

“Yes I do!” I dropped my rake immediately and headed over to use his power tool that promised to be more fun than my rake.

He handed it to me and I almost dropped it. “Are you sure?” his laugh ended abruptly when he saw me glaring at him.

It was heavy. It was awkward. It was difficult for me to maneuver because I am short and it’s fairly long. Whereas Michael was holding it at an angle and swinging it out in front of him fluidly below hip level, I had to hold it above my waist and use it more like a jack hammer. I’d plop it up and down on the leaf piles sometimes standing on my tiptoes to try to get high enough to reach the larger leaf piles. Props to Michael for not laughing at me the entire time I was using it. Eventually though he did ask, “Having fun yet?”

Long story short, I ended up going back to using the rake. I repeated, “Thank you God for our big yard. Thank you God for fall. Thank you God for leaves” for a while as motivation until I was thinking, “My arms hurt. These leaves aren’t even pretty. I hope we only have to do this once a year. Michael better be taking us all out to dinner. How much would one pay a young college kid to do this for us?”

I made the pumpkin pull-apart bread as a special brunch treat to break up the monotony of raking. The kids liked it with extra cream cheese frosting and Michael had seconds and thirds. I will say this is super sweet so it’s definitely good for sharing. You can’t save it either, so you got to eat it while it’s hot, which Michael reminded me repeatedly as I was trying to take my pictures first. Yeesh. 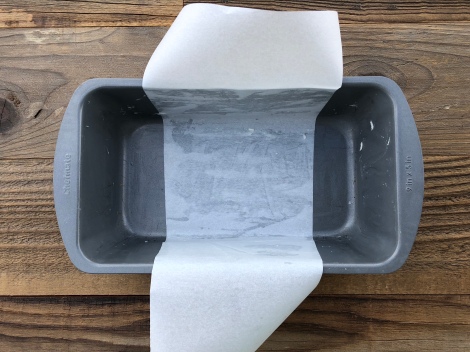 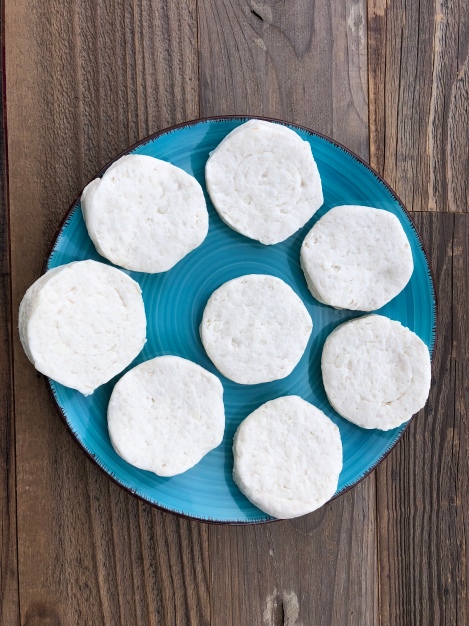 Divide each biscuit in half to double your batch 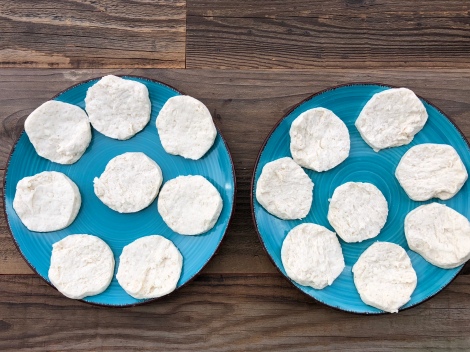 Dip each biscuit in the sugar, cinnamon, and pumpkin spice mixture. Flip to coat both sides. Or if your kiddos are volunteering to help you, you can pour your sugar goodness into a bag and let them shake biscuits in groups of three to coat. Reassemble biscuits on a plate and add about 1 tablespoon of the pumpkin mixture on top of each biscuit. 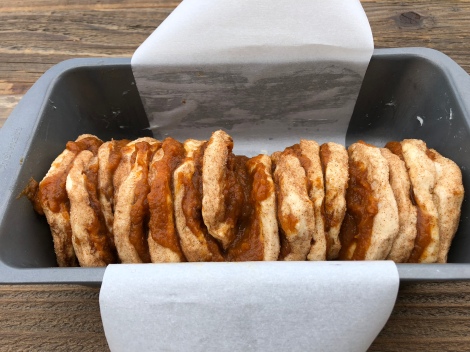 Bake for 45-55 minutes. Towards the end you might want to keep a close eye on it. No one wants to eat burned pull-apart bread, but at the same time gooey biscuits leave a lot to be desired. While it’s filling your house with fall aroma deliciousness, make the frosting.

This makes enough frosting to give your bread a healthy drizzle on top and still have some left over for frosting lovers to top their pieces with extra.